What can three billion years of evolution teach us?  We are so reliant on our ability to innovate and research new ways to do things based on technology, that we often forget to consider the most innovative research of all:  time.

Building “science” is perpetually looking at the present and trying to create the future based on improvements to what it has created thus far.  Biomimicry takes science and turns it 180 degrees and forces it to look back to move forward.

Our natural environment has evolved from millennia of innovation, and it is evident in our animals, our trees, and ourselves.  Our world has adjusted around us, and taking a look at some of these changes can help us innovate. Biomimicry is looking at innovations in nature that have occurred over time and replicating those in the current world for a different application.  So basically, taking what nature has learned over time and replicating that in a modern building application. The best way to understand this is through examples, so let’s look at some.

It’s a Bird, It’s a Train:  A Japanese train was designed for high speeds, which it achieved, but the noise during the ride was incredibly loud.  One gentleman, who was an avid birdwatcher, thought it would make sense to take cues from the kingfisher, with its long, streamlined beak and replicate that design on the train.  The result was a streamlined quiet ride.  Biomimicry in action:  emulate the evolved beak of the kingfisher and apply it to the design of a high-speed train.

Whales and Windmills:  How can a humpback twist and maneuver in such a way as to catch elusive fish and krill?  A study of the whale’s fins shows multiple bumps called tubercles that are specifically shaped to allow the whale to move more smoothly and turn at sharper angles, effectively increasing its maneuverability in the ocean.  Applying this same design and technology to windmills allows an increase in efficiency as the blades can cut through the air and expend less energy while creating more power.

Burrs and Velcro: One of the most blatant examples of biomimicry is velcro.  Anyone who ever had a burr attached to them can figure this one out.  Those tiny little hooks will latch right on and stick forever. A careful look at their structure led to the creation of velcro decades ago.

So, how does this apply to Buildings?

Nature has a balance and the more we overbuild, the more we erode that balance.  So if we are going to build, we should build in a way that is symbiotic with nature: i.e. mimic nature or use biomimicry.

What if our buildings could behave like a park or a forest?  So they could function as a workplace or residence, but also give back like trees would.  Seems far-fetched, but it is a reality.

Green Roofs are like elevated parks.  Instead of simply having a rooftop that hides HVAC equipment and functionless concrete, a green roof filters rainwater that can be reused and provide greenery for cooling, human well-being, and breaks down carbon dioxide.

Innovation in sintered stone materials has resulted in new cladding materials that not only are hydrophilic (pollutants and graffiti can be easily removed) but also actually break down environmental pollutants. The integration of titanium dioxide into the actual product creates a chemical reaction with UV light that breaks down air pollutants like NOx.  In fact, 100 square meters are the equivalent of nearly 30 trees in the amount of Carbon Dioxide they can remove from the air.  These materials are readily available, it is simply a lack of awareness at the architect and design level that is causing them to be slow to market.  Imagine a building that functions as a forest. This is not far off on the horizon. Brands like Lapitec and Neolith are already on the market.

Let’s go inside the building for a second.

Purebond is a soy-based glue that is used in Columbia Forest Products.  The material was discovered in the company’s quest for a VOC-free (no bad chemicals) adhesive to replace its environmentally-challenged binders in all its products.  In looking at mollusks and how they adhere to structure, the protein that they used as a binder was studied intensively, and a soy protein was modified to emulate the mollusk protein. The result was a nature-based adhesive that would become the “green” standard in wood sheet goods for the company. Nature knew. 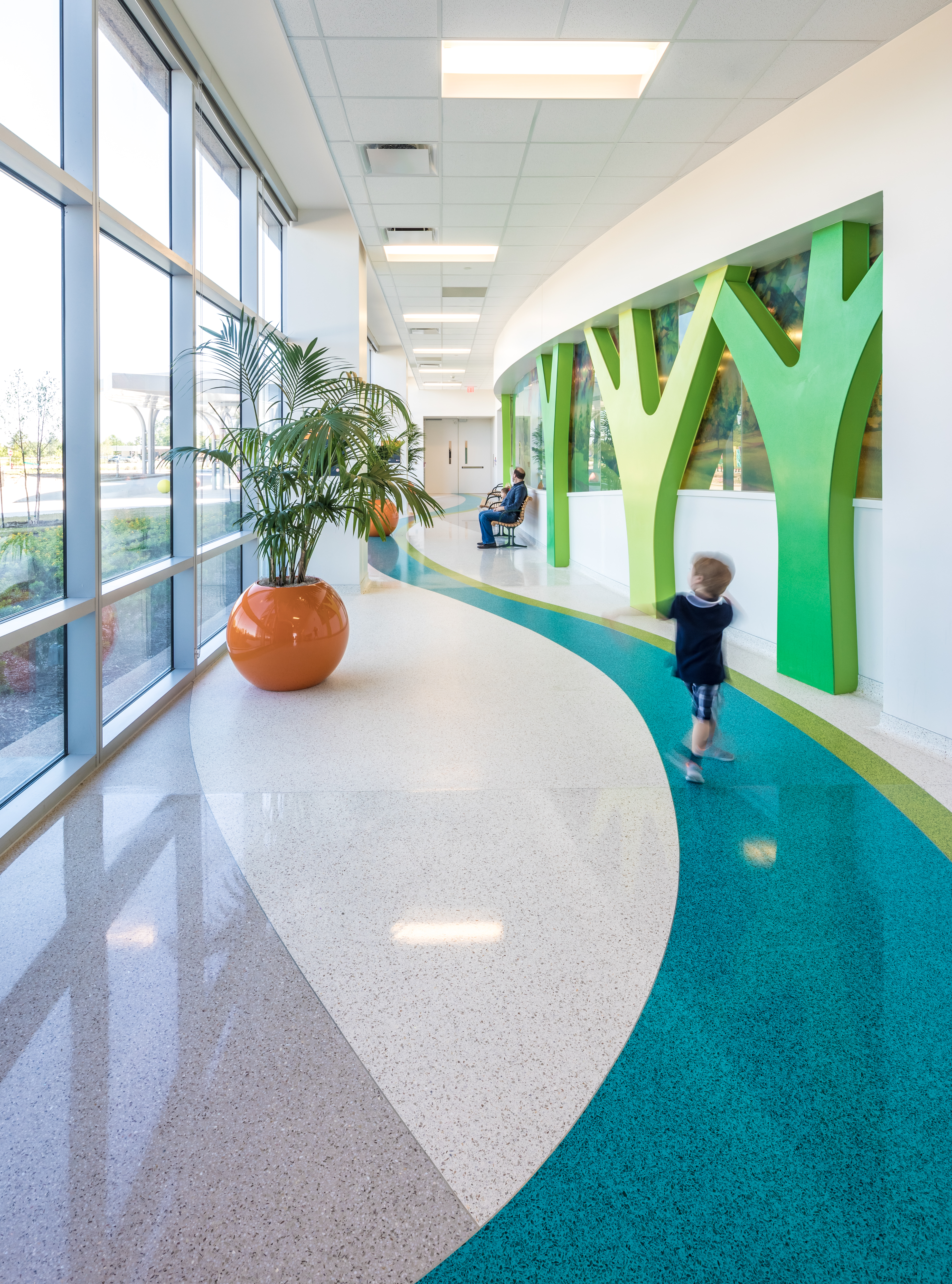 Nature is not smooth and glossy.  Shiny cold surfaces all around  (tiled floors, marble walls and granite and quartz countertops) are not exactly replicating the textured warmth and organic feel of our natural environment.

Another way to use biomimicry and biophilia to achieve a more pleasing, efficient indoor space, is to surround yourself with warmer, more textured finishes.  Wood is a natural choice to achieve this, and researching surfaces that are naturally textured or fiber-based, but durable, are more comforting, approachable options than the steely cold of natural stone.   Nature is not stark.  All you are mimicking is the inside of a blighted quarry.

These are so many examples around us of how nature got it right.  Innovation need not be a thrust of the present into the future. It can be a careful look back at how we got here in the first place.  Biomimicry is just one way we can all CREATE BETTER.

Believe This – Our Products as Ted Lasso Characters

The Resurgence of Cork

Lost at Sea with the Shipping Industry